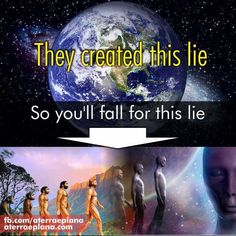 My specialty is unconventionl theodicy & apologetics mainly by personal divine revelations and supernatural & natural experiences, which I write about in code on this site, and sometimes just blatantly admit things. All elect came/come to understand the things I do, and as a New Testament elect, I labor for the cause of Christ in my own way. Paul understood enough of Satan's origins & evolution lies to do his mission, and put hints & clues in the scriptures for us in these very last of the last days end-times, about the supposedly "highly evolved ancient alien-gods" deception that will openly manifest one day soon and deceive the world. He did not need to know the depth of scientific lies, twistings, creative evolution storytelling of what happened in the past, creative interpretations of dinosaur bones etc... but Paul knew in the very end-times the lie of evolution would overtake the world and be a major challenge for all elect. There is some truth to it. Physical evolution, as explained in previous pages, happened in the reality that birthed Jesus and His angels, and Satan and his angels, and also birthed the associated issues of life and the heart. Some evidence exists for physical evolution, but much against the theory as well, and yes it's just a theory for this universe. It only has some intuitive sense because of our subconscious memories that it happened in our preexistence, where as fallen angels we followed Lucifer there and the scenario repeats itself here for the elect to overcome this time. All humans are incarnations of fallen angels, as per the Biblical mystery of iniquity, and only spiritual evolution happens here, development of mind, discernment, critical thinking, hearing Holy Spirit, and especially IMAGINATION, until an elect comes to understand this. Exposure to physical evolution concepts help spiritually evolve an elect's consciousness to get to this point of realization.

As mentioned above, and as per my specialty, I combat these lies in my own unique way, personal divine supernatural & natural revelations & experiences and from talking to God, and creative communication of such through non-fiction style writing, videos, supernatural & natural storytelling called parables, etc... For those still too much trapped in the matrix illusion of this 5 sense physical realm, I offer this page which is a collection of good sites & resources from people & scientists deemed more "credible" for those who struggle to believe in the supernatural God of the Bible and struggle with the reality of the supernatural all around us. I make myself a contributor as well to this page, as I collect my own form of natural evidence to prove the supernatural God of the Bible. However, I will put myself at the bottom of this page, as this page is dedicated to people & Christians & elect who are more orthodox in refuting the lies of evolution. My section deals with my other specialty, exposing the often unspoken of highly evolved ancient alien-gods (demons really) associated lies, which pentagon released UFO videos, and admissions from credible source pentagon that the UFO phenomenon is real, and STRONG evidence we are not alone, as no man-made craft can do the things Satan's UFOs can do, portends the Bible prophesied end-time open contact deception is almost ready to be unveiled.