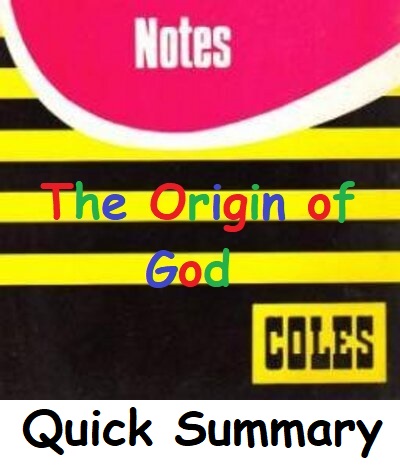 In today's fast paced world and internet distractions to tempt us to click away, I can be impatient too. So, here is my briefest coles notes version of my entire site to help you assess if you want to continue. My site goes into much detail(s) to attempt to prove 10 key things:


My main site goes into TONS of evidence to attempt to prove all this, but I don't just "spin" Bible verses to make my points. I have many articles from credible government authorities like the pentagon regarding UFOs, and respected scientists like Stephen Hawking regarding science theories/proofs about "quantum mechanics reality strangeness" and other physics/science theories that help us understand the power of imagination to create the universe our 5 physical senses detect.


This article about, The Enlightened Madness of Philip K. Dick: The Black Iron Prison and Wetiko explains some profound things about the human psyche, which is creating and sustaining this matrix reality, aka our universe. Here is one small quote from about 1/3 way into the article:

Our universe is a collectively shared dream or hallucination that appears real; in Philip K. Dick's words, "our reality is a cunning counterfeit, mutually shared."[39] To imbue our world with an intrinsic, objective reality that exists separate from the mind that is observing it would be, in Philip K. Dick's words, "a dreadful intellectual error."


Mr. Dick was a science fiction writer, but that does NOT mean he was wrong about everything he speculated in his fiction writing. Simulation/matrix theory is where Darwin's theory of evolution was about 150 years ago and is gaining ground and respectability; they are scientifically proving simulation theory and humans will probably build an actual matrix in less than 50 years, assuming we don't blow ourselves up first. My fiction book, The Unveiling: the story of open contact, is becoming less and less fiction everyday, as there are tons of credible UFO contacts everyday, that even pentagon admits to and agrees cannot possibly be human made craft. I am not wrong about everything either, and I suggest people read my book at that previous blue link and decide for themselves. Both evolution theory AND simulation theory have been philosophized for millennia, just as UFOs have been reported for millennia. Only now in the end-times is everything destined to come to a head and conclude before the literal second coming of Christ. The Lord has already come for me personally and literally, but the world as a whole does not understand yet. But they will...and soon.


Although I discuss all these issues on my main site in multitudinous scientific ways, many of my readers will have never been exposed to Bible verses that confront these concepts. I will simply quote a few of my favorite verses with brief commentary to show the Bible reveals these things. I respect the written word of God, and have TONS more verses to share on the main site, along with revelations given to me personally by Holy Spirit.

Free will is false
(...I mean we don't have free will 100% of the time, but our thoughts & feelings & actions always run up and down a gradient of God's sovereignty [aka determinism ] versus human free will, usually without our awareness, until you learn spiritual discernment skills and learn to discern spirits and even work with them...nonetheless God takes responsibility for everything that happens and describes all things AS IF the entirety of reality/realities were a simulation, and created beings (humans or angels) are mere sophisticated artificial intelligence robots...from God's point of view, that's kind of the way it is, as God's "backdoor" program allows Him to override anything and/or anyone, anytime the Almighty chooses to do so...)

God's fire is a symbol, NOT meant to be taken literally...AND God's fire saves


NOTE: I enjoy deconstructing the lies of traditional Christianity, NOT perpetuating them! This particular fucking lie never did me any good (and it helps NOBODY, truth be told), and it is just ONE of many lies I enjoy destroying. But it is THE biggest one that false Christians AND false leaders/followers of pretty much ANY religion love to insist is true, and it causes MAJOR problems that only the real God can eventually fix! It particularly pisses me off when I show these scriptures and false Christians STILL want to argue with me that a God of love is wrong to give ALL a "fiery" correction soon or later, in this life or the next...or it is almost as annoying if these ones next insist they can somehow avoid it. Read Mark 9:49 again above if ya really think so. Life can be hell, but ya ain't seen nothin yet if ya physically die still sincerely believing this fucking bullshit! "Christians", especially those who presume to be leaders or claim to have been "walking with the Lord many years", who still want to argue with me on this point, even after I point out their error, I GOT NO FUCKING TIME FOR! You can suck my salty balls and get out of my life! End of story! Actually, sometimes I will keep people like this around me for practice, but then they have to be able to endure my constant sarcastic spiritual warfare attacks against their bullshit. Most can't handle it.

The only exception I make to my rage here is Muslims, who also perpetuate a similar lie that the loving/merciful Allah will torture most in literal fire forever, because the prophet MohamMAD told them so. I have my personal reasons for having special love/compassion for Muslims on this point (ie read, I don't want to lose my fucking head!) BUT CHRISTIANS SHOULD KNOW BETTER! Admittedly, I can be a little sarcastic in communication style, but read to the bottom of this page for my justification why that is entirely appopriate.

Universal salvation is the ultimate mystery of God revealed now in these very last of the last days...revealed to the whole world through the "magic" of internet technology, free of charge, on my site and some small few sites that might come online in the future with even deeper revelations...so far, it seems I am the only one God allows to expose the lies and corruption to the world at large. There are other elect out there, but they await God's public activation call.

UFO open contact with false "gods" is coming...demons pretending to be "God", pretending to be "highly evolved ancient alien-gods", in the last angelic defiance test for God's elect to destroy, which we will take great pleasure in doing so. I've heard it said humans are playthings of angels and demons. No. There is more serious shit going on than that. And it is more like angels and demons are playthings of God's elect, who in turn work with/for the true God. We are not played with, nor do we play games.


If this page seems a little long, even Coles notes are usually between 50-100 page summary of the original work. If you are intrigued, my main site has TONS more deep and esoteric information to keep you occupied/fascinated for a lifetime. But only God's elect (or elect in process) will be drawn to such information at this time. The rest just think I'm crazy or get bored with such deep truth(s) quickly, a sign your former compatriots (aka demons) are trying to influence your spirit/mind against any of this. My main site goes into much scriptural detail about how the Bible says humans are incarnations of fallen angels, but there are also invisible angels/demons around ALL humans ALL the time, reading our minds, pushing/pulling people against/towards believing these things. It is not flattering/easy truth to agree with God you are a devil, is it? Very real but invisible demons usually have a very easy time causing non-elect to run from my site. The actual elect eventually become overwhelming to demons though.

Since most of my readers will be unfamiliar with the truth that the Bible reveals humans are incarnations of fallen angels, for emphasis, I leave this section for the very end for my readers to ponder. False Christians, the vast majority, either don't understand this OR are not authorized by God to openly talk about it. The fact that I can write/talk about it is further proof I am on God's side (an elect), not that I feel a need to "prove" anything to anybody. My ministry is simply about total truth and honesty and trying to teach people HOW to think, because ALL humans did very poorly in the thinking category before coming to earth. We're here to learn how to do better. 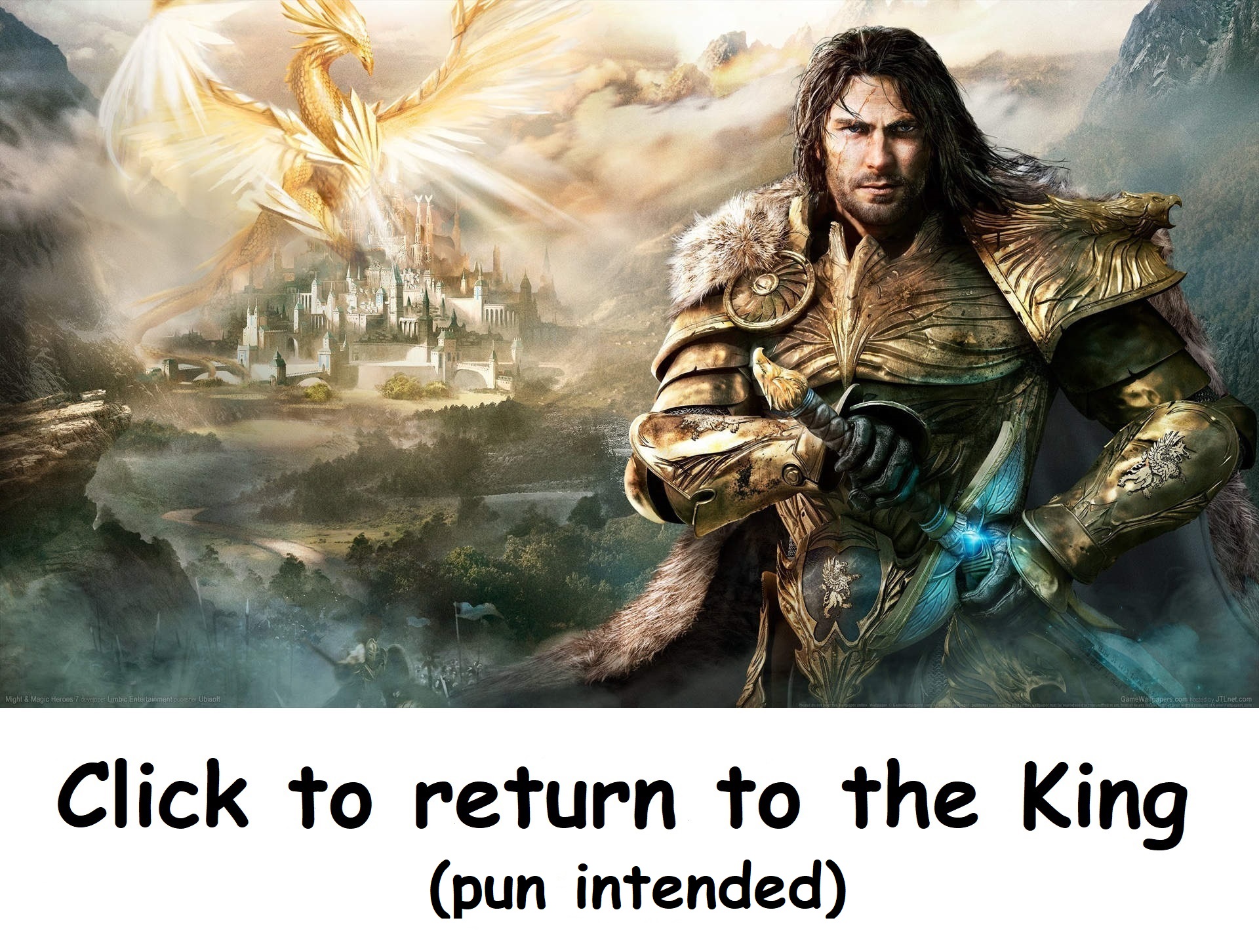 P.S. Ok, I was going to end the coles notes summary, but Holy Spirit is prompting me to add one last controversial section. Most Christians hold to the naive notion Christ was always perfect, because they are deceived and think Christ is/was literally God in some mysterious trinity of perfection. No. He did not start out preexistent life perfect, so neither did He get to start out human life perfect. But He ended life perfect, only because the true God eventually supported Him 100%, after His own humbling and struggling experience to overcome sinning. Yes, Jesus did some sins. None of the rest of us elect will ever overcome ALL sin and stay so connected to the true Father God (through Holy Spirit) that we actually become perfect, so give the Lord some credit there. I get Holy Spirit unction often, but I'll never be connected continuously. It just doesn't work that way for the rest of us elect, but now maybe God and Christ's unconditional love/grace/power/determination to save all through universal salvation "fire" makes more sense. I hope anyway. When you understand someone's motivations, even their strange works/acts can make more sense. "...that he may do his work, his strange work; and bring to pass his act, his strange act...(Isaiah 28:21)" The Lord can't hate/despise/cast aside/give up on ANYONE, when He was no better, in His own way.

Now nuf said. Unless God pushes me some more. I don't run from a push like I used to, or this site would not exist. :-)

P.P.S. God wants me to highlight one last thing. My style is to teach spiritual things in word AND action, with intention, and also explain plainly my motivations and thinking as I do so. I think followers of God will learn best this way, and I see NO truthful religious leaders doing so, so I think it is about god-damn fucking time somebody did. Yeah, I can be a little crude and sarcastic and swear too, but who said famous sarcastic words such as, "Brood of vipers, snakes! Blind guides leading the blind and you both fall into a ditch! Whitewashed tombs, looking good on the outside but inside full of dead men's bones!"

Notice I didn't quote who said those words and I don't have to. The person who said those famous sarcastic words is so well known ALL OVER THE WORLD, that I don't even god-damn fucking have to! So, I also swear a little in addition to being crude and sarcastic. So what! Nobody's perfect and I just don't fucking feel like toning it down! So, as example of my teaching style with intention/explanation of motivations, my motivations for being like this is to chase away fakes, just like the guy below did and I only use ONE item below to demonstrate and highlight this is probably the most important point of all points I have listed so far above, and so I only quote one item.

Ok, I'm pretty confident is finally done for sure, so will paste the return button one last time.