The parable of the 10 Commandments 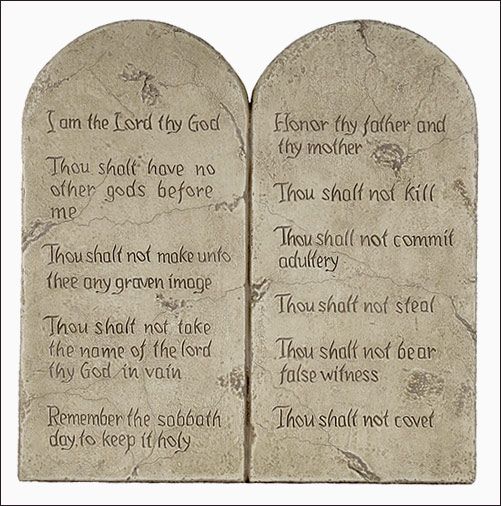 If you read The parable of the 95 theses, you will see what disgust I have for organized religion and all the lies they preach in Jesus' name. It is the longest parable I will ever write, besides my fiction book, The Unveiling, of course. All organized religion is cult, as they all post their statement of beliefs, which is against what God says we are to do, which I explain in The parable of the 95 theses and challenge religious leaders to take down their stupid and false 10 doctrinal statements of beliefs and replace with the 10 Commandments and show how the commandments are applicable to every thought, word, and deed, we do. Organized religion just tries to entertain you to make money, or sell books and tell you "what to think". They do not teach one "How to think". I will now post the 10 Commandments with comments about how they apply to everything.

Brief Summary of 10 Commandments in a Nutshell
An evolution paradigm summary called, "10 Guiding principles applicable to ALL of us evolving gods", available for reading by clicking here