The parable of the race 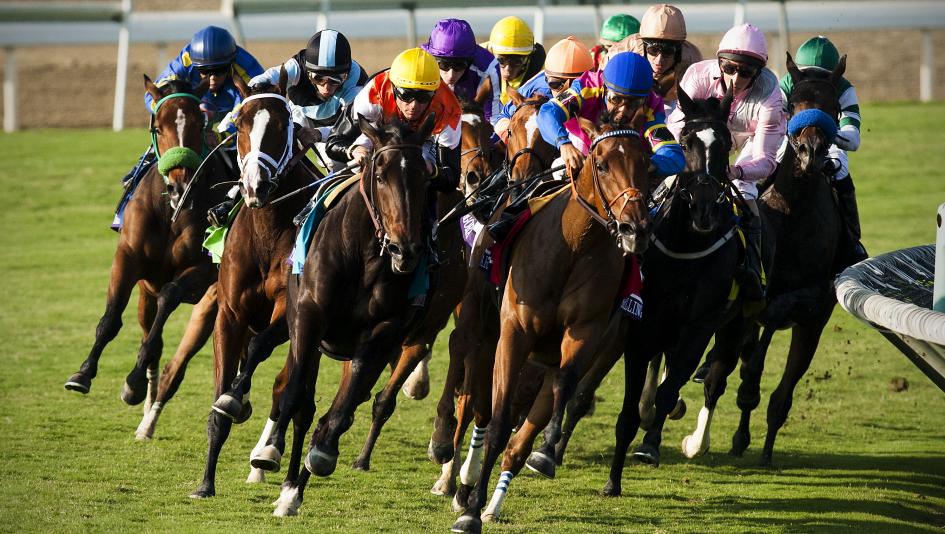 THE PARABLE OF THE HORSE RACE

A man named Dennis went to the race track to spend the day betting on the horses, feeling lucky that he would win a lot of money. He sat on the third row to watch the upcoming race, having bet a thousand dollars on his favorite horse called, "The Lord's Unstoppable White Horse". There were 12 starting gates, and when the gates opened, he was shocked to see 11 men come running out of the gates instead of horses, and one man walking, seeming confused. About a quarter of the race through, the Lord Jesus Christ just appeared out of nowhere and approached the lagging walking man, and Dennis did not know how he knew it was the Lord but he just knew. The Lord walked up to the lagging walking man and handed him a baton, around which was wrapped scrolls of paper. The man took the baton from the Lord, unwrapped the scrolls and read them. Then he fell to his knees and cried and puked. After a time, he got back up and started running with the baton, soon catching up to the other 11 men about half way around the track and kept running past them. The Lord appeared to the other 11 men and also gave them scrolls but no baton. Likewise the 11 men fell to their knees when they read the scrolls and cried and puked, before getting back up and continuing the race. About 3/4 of the way through the race, the once lagging man with the baton wrapped with scrolls, who was now in the lead, suddenly collapsed and died on the race track, the other 11 men passing his dead corpse and continuing on to eventually cross the finish line.

And Dennis saw the Lord standing in a fiery chariot the size of a tank, and the Lord was three times the size of a normal man, also ablaze with fire, chariot lead by 12 fiery horses, also three times normal animal size. Angels surrounded the chariot and blasted trumpets as the whole procession went up into heaven. That was 18 years ago and Dennis/Paul has only just begun.