The parable of breaking the horse 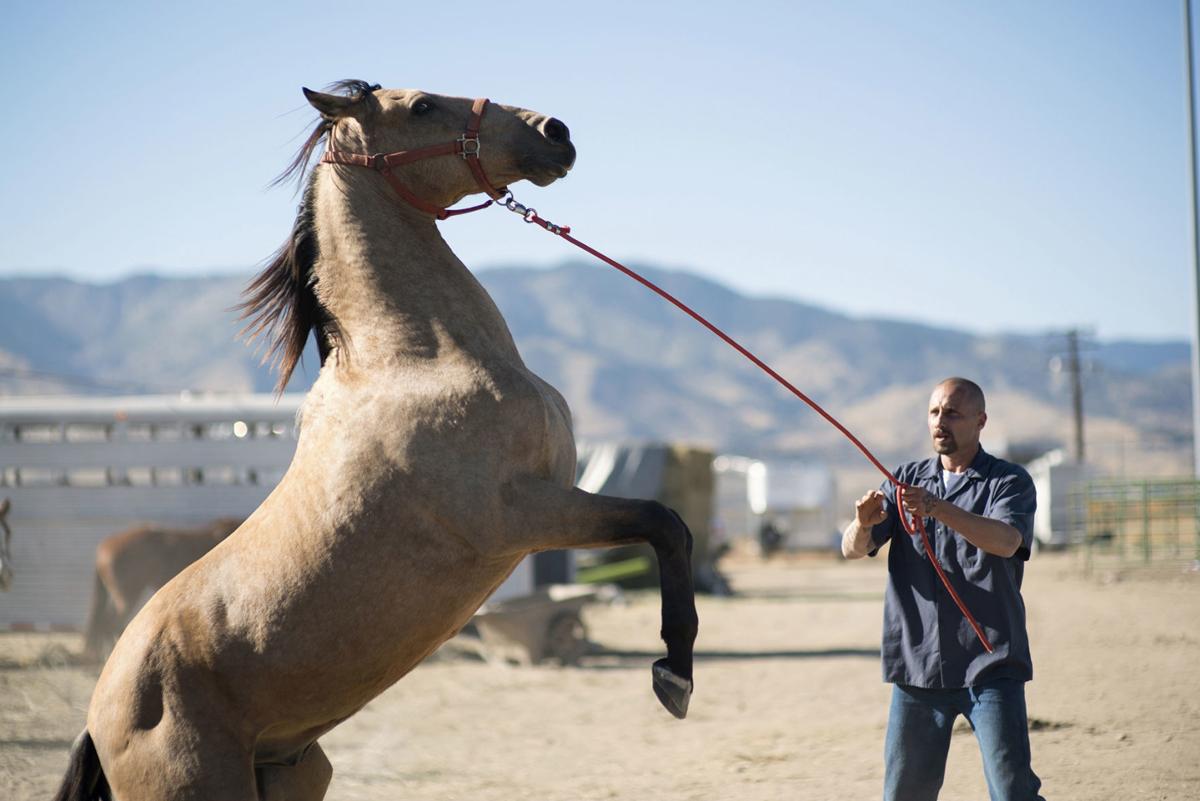 THE PARABLE OF BREAKING THE HORSE

A rich Jewish cowboy named Joshua Christos captured a VERY wild horse and brought him back to his ranch to break him, so he could be ridden. The horse was estimated to be about 13 years old when captured and Mr. Christos named him Dennis, but the horse proved to be EXTREMELY resistant to being broken. The cowboy's hands tried to break him for years, but could not, always getting violently thrown off the horse's back and injured often, even killing a few cowboys. After 10 years' efforts, the horse now 23 years old, Mr. Christos' workers finally refused to work with the horse anymore, as it was too dangerous and seemed futile, strongly urging Mr. Christos to shoot the horse dead, or release it back into the wild. Mr. Christos refused, as he saw something special in this horse, and kept trying himself, since none dared try ride this wild horse anymore. Mr. Christos was thrown too and injured many times, almost killed a few times, but insisted to keep trying. At 27 years old, the horse named Dennis was as stubborn as ever, and almost at the end of its life, as horses typically live to about 30 years old at the most. Mr. Christos was very discouraged, but decided to take drastic measures and used his money and influence to discover a possible extreme solution for an extreme horse. Mr. Christos was able to consult secretly with a Jewish scientist in Israel, who had developed a secret formula to create some degree of sentient intelligence and mind reading extra-sensory perception in horses, which also typically nearly doubled the horse's lifespan, and kept them strong and healthy until the end. Mr. Christos bought some of the secret formula, at great price, to inject the horse named Dennis. It took about another four years for the formula to take effect, Mr. Christos getting thrown off less and less. By 31 years old, the horse showed obvious signs of sentient intelligence and ability to read Mr. Christos' mind, as not only did the horse allow himself to be ridden,(but only by Mr. Christos) but could take direction from Mr. Christos by thought alone. Mr. Christos needed no reigns, but merely thought commands like run, trot, walk, turn right, left, back up...anything Mr. Christos thought the horse would do, and Mr. Christos even sensed the horse's thoughts too, not sure how to explain that. The horse simply needed to know Mr. Christos well enough personally to trust him enough to obey him, as Mr. Christos came to understand upon reading Dennis' mind that this horse had been abused in the wild and had deep trust issues. But upon really understanding Mr. Christos' motives and thoughts, the horse named Dennis being able to read the cowboy's mind, resistance faded naturally. They spent the next 30 years enjoying each other to the full, reading each other's minds, enjoying every moment together. The horse named Dennis remained strong until the end, even becoming a race horse and winning many championships over the years, running strong always, as horses were created to run, but not growing weary even in extreme circumstances, when normal horses would. "But they that wait upon the LORD shall renew their strength; they shall mount up with wings as eagles; they shall run, and not be weary; and they shall walk, and not faint." (Isaiah 40:31) Mr. Christos gave the horse named Dennis the middle name of Job, after the Biblical character that suffered so much, but ended life well and content, reflective of his favorite horse's early trials, but good end.

The horse lived to a record matching 62 years, matching, according to the Guinness World Records, Old Billy--rather appropriately named--the oldest horse to have ever lived. Born in 1760, Old Billy lived to be a whopping 62 years of age. Then, at age 62, like Old Billy, the horse named Dennis Job died. "So Job died, being old and full of days." (Job 42:17)