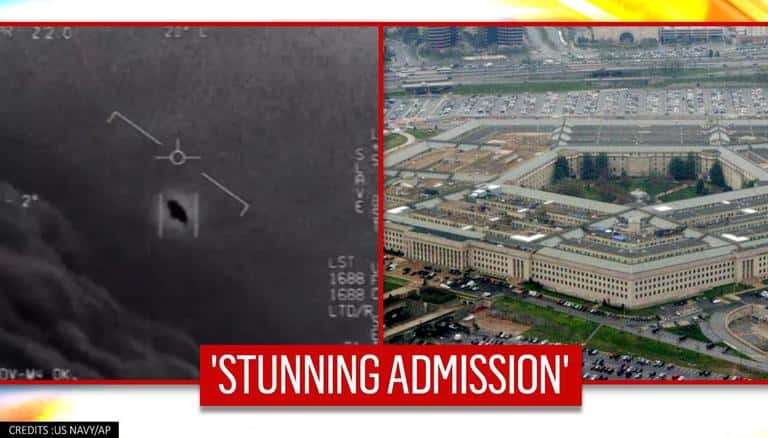 Even credible source pentagon admits the UFO phenomenon is real, and STRONG evidence we are not alone, as no man-made craft can do the things these UFOs can do. Excerpt from pentagon UFO link below:

Nevertheless, Luis Elizondo, the former head of the classified program (Advanced Aerospace Threat Identification Program), told CNN in 2017 that he personally believes "there is very compelling evidence that we may not be alone."

"These aircraft -- we'll call them aircraft -- are displaying characteristics that are not currently within the US inventory nor in any foreign inventory that we are aware of," Elizondo said of objects they researched. He says he resigned from the Defense Department in 2017 in protest over the secrecy surrounding the program and the internal opposition to funding it.

The pentagon is not known for hoaxing, and the United States military is still best in the world, and very capable/competent to assess craft violating their airspace as either human threats from another nation, or something non-human.

This whole UFO phenomenon directly relates to the origins debate, as there can be NO doubt these things are real, and since there are only two credible options for how we all got here, the only question is: are these beings really our highly evolved ancient alien-gods (evolution answer), OR if God really created the universe in a literal 6 days (about 6000 years ago according to Genesis and the Bible) with only the appearance of great age, is that enough time for evolution? Obviously not, and then these beings can only be demons out to deceive us upon open contact (creation answer)?

IMHO, we are being conditioned for open contact, and everybody will have to decide this issue for themselves. Here is some more government admissions to help the masses move to this point: June 25, 2021 - The UFO pentagon report -- Preliminary Assessment: Unidentified Aerial Phenomena below:

"Although most of the UAP described in our dataset probably remain unidentified due to limited data or challenges to collection processing or analysis, we may require additional scientific knowledge to successfully collect on, analyze and characterize some of them. We would group such objects in this category pending scientific advances that allowed us to better understand them. The UAPTF intends to focus additional analysis on the small number of cases where a UAP appeared to display unusual flight characteristics or signature management."

"we may require additional scientific knowledge" ... for such ... "objects in this category pending scientific advances that allowed us to better understand them" ... because these ... "UAP appeared to display unusual flight characteristics or signature management"

Pentagon techno-babble isn't so hard to decode, is it? They are saying our science is too primitive to understand these UFOs, their flight characteristics/capabilities, and lack of discernible propulsion emissions. I'm not even an expert and I can read it clearly. If you cannot, then you are spiritually asleep to the truth about what is going on. The Matrix has you!