The parable of Mr. Smith 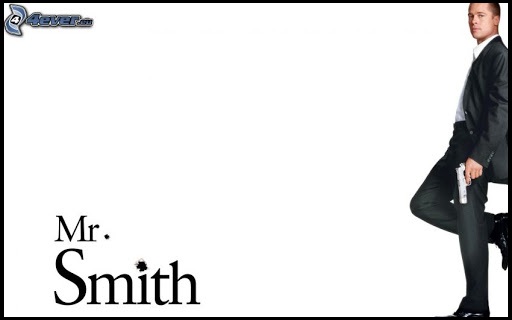 THE PARABLE OF MR. SMITH

A man was walking down the street in a nice small sleepy town in the great nation of Canada. He had a pit bull dog on a leash, frothing at the mouth due to obvious rabies infection. Farther down the street, 12 young girls were having fun in a playground and 24 adults (the parents of the 12 girls) sat on benches beside enjoying the day supervising their girls. The man with the frothing pit bull suddenly let his dog off the leash and said, "Attack!" The frothing pit bull did as his nature is and obeyed his owner and attacked the girls, ripping them all to shreds very quickly, as he was a very skilled killer, obviously having done this before, stealing the girls' lives and destroying their futures. "The thief cometh not, but for to steal, and to kill, and to destroy." (John 10:10) The parents didn't even have time to defend their children, but they witnessed everything the cold hearted owner had done and called the police and told them what had happened. The police were enraged at the story and said they would be there immediately to arrest the scoundrel. Within minutes, three police cars arrived, and 6 officers jumped out, guns drawn and ran up to the man with the pit bull. Then they stopped and said, "Oh, it's you Mr. Smith. We had a report of a crime here. I see there has been an error. Sorry to bother you, and have a nice day sir." The 24 parents were incensed and demanded justice, but the police defended Mr. Smith. "We know Mr. Smith very well, and despite appearances, Mr. Smith is perfect and does nothing wrong. We will not listen to your accusations anymore." And the police left. The 24 fine Canadian citizens were furious and wanted to kill Mr. Smith, but he just smiled and pointed to his pit bull, currently on the leash, but threatening to let it go. There was nothing they could do. Mr. Smith said, "You have no right to judge me. The only ones whose judgment of me I will accept is those 12 girls. Let us see what they have to say of me." Mr. Smith waved his hand and 12 beautiful young women appeared, looking just a few years past the age of consent. One approached Mr. Smith and identified herself as Denise. I said Denise, not Dennis. She had long, flowing, red hair, beautiful deep blue eyes, big tits, slim waistline, and dressed in a very revealing and sexy white dress. Her mom and dad recognized her and asked what was going on. Denise said, "I know you don't understand right now mom and dad. But all 12 of us spent time with Mr. Smith in the afterlife and worked through why he did that. All 12 of us understand why that was necessary and forgive Mr. Smith and love Him and appreciate Him for that, and we all married Him. We know the good Mr. Smith brings from pain, suffering, and evil. You will understand too one day. As part of our agreement in marrying Mr. Smith, we 12 unanimously insisted He also save our families, who we love too, but not as much as Mr. Smith. You simply cannot understand right now. We also know Mr. Smith's first name, but you are not allowed to know it at this time." "He has a name written on him that no one knows but he himself (and His wives of course)." (Revelation 19:12) Denise turned to Mr. Smith and said, with a sly smile and joking angry tone of voice, "But let us be clear, Mr. Smith, honey. That will NEVER FUCKING HAPPEN AGAIN! ARE WE FUCKING CLEAR?" Mr. Smith smiled and calmly said, "Yes, dear, of course." Denise said, "Very good then. Let these fine, yet ignorant and judgmental, Canadian citizens die as the devils they are, refusing to admit what they are, and go to the place they so richly deserve. But thank you for saving us." All 12 of the women agreed with a big, "Amen", and all 24 parents looked shocked at their daughters' words. Denise, as spokesperson for the group, said, "Let's do something fun. Let's do lots of hot polygamous fucking and sucking on the surface of the sun. Hot sex needs a hot place to do it." And they all disappeared to do YOU KNOW WHAT!