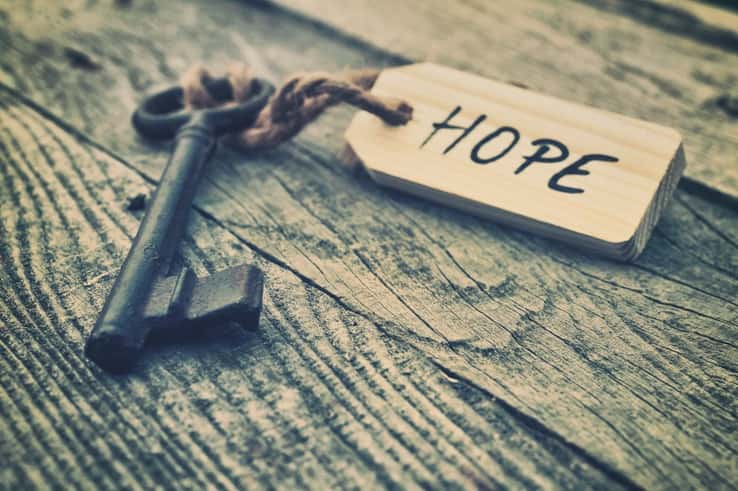 The next morning, Nick and Ronny sat on the Saundersons' living room couch; the rest of the gang had already left. They had their heads between their legs and were moaning. Ronny would periodically try patting Nick on the back and comforting him, as Nick would grab for the pail beside him and throw up a watery brownish-yellow liquid that smelled like a combination of rotting fish and raw eggs. It burned his throat on the way up and left a taste like bile in his mouth.

"I don't know if I can take it anymore," Nick said. He could only remember flashes of the night before, but what he did remember made him want to throw up even more. At the same time, he would salivate and tingle all over, remembering the pleasure he'd experienced.

After the invitation, the gang had gone upstairs, done a few lines of cocaine, and injected themselves with some new wonder drug called Erotica, which one couple had brought with him. It was supposed to heighten all of one's senses. Nick supposed it had done that, but it sure made you sick the next day.

He hazily watched as Ronny threw up this time.

The drug also had the unfortunate--or rather fortunate, Nick thought--side effect of partial memory loss. Oh God! Nick knew he needed God's help, but didn't know what to do. If he had to live one more day like this, he didn't know if he could keep his sanity. He just wanted to be free of Stro-kar.

Nick felt another stomach heave, but it settled down before he could throw up. He imagined his mother must be going through the same thing, but to a much lesser degree, because with repeated use Erotica caused less sickness and memory loss. Every night, and several times a day, Valerie had men and women coming and going. It paid the bills, but barely, since the rest was used to buy more Erotica. She was very popular since she had a good immune system which kept her fairly clean.

Most prostitutes had the new diseases which made AIDS look like the common cold; diseases that caused you to constantly scream in agony as your flesh slowly dried up and peeled away like a dry leaf in the wind. The latest one caused every nerve fiber in one's body to swell to three times normal size, causing every synapse in one's brain to constantly register pain at the slightest impulse, even a light breeze. Nick wondered why they didn't just kill themselves. He supposed it might be the survival instinct preventing it. Then again, it was more likely the demons.

Nick had tried committing suicide several times, but Stro-kar never let him finish it. He was able to put a gun to his head, but it was as if his hand would fight against him. He simply couldn't pull the trigger.

Nick's eyebrows rose in mild surprise. "He used to come fairly frequently, but I haven't seen him now in months. The last time my mom's demon was driven into a wild frenzy. She spoke in a deep voice, levitated into the air, and said she'd kill him if he came around again. Dad knew she wasn't kidding and hasn't come since. He always talked about forgiveness of sins and deliverance from bondage." Nick snarled with disbelief. "I don't think such things are possible."

"Both. But I've got to admit, he always looked in good shape. God is taking good care of dad. Well fed, clean, healthy, no drugs. A contagious person could cough right in his face and he wouldn't get as much as a sniffle. I never understood what he wanted me to do, though. He always talked about receiving Jesus and junk like that. How do you receive a dead person?"

"If he comes around again," Nick said, "I'll do anything to get free." He suddenly screamed in pain, doubled over, and started crying.

Ronny moved away as if Nick had caught some new disease he didn't want to risk contracting. "I wish we both could have known sooner," he said. "They're eating up our souls, replacing us with themselves."

"Don't leave me, Ronny. Help me." Nick screamed and doubled over again.

"You've got to help yourself," Ronny said. "Give in. Wrong thoughts are punishable."

"No!" Nick fell to the floor and started weeping and gnashing his teeth. He sobbed and ran his hands up and down his body, quickly, as if trying to scrape off a myriad of ants. After a brief struggle, Nick lay on the floor and breathed heavily, sweat flowing off his face as if it were a wet sponge being squeezed tightly.

"Yeah. It's no use. Stro-kar called for reinforcements. There's three more inside me now." He felt violated, raped, and left to die. It was as if he had invited a friend into his house, but the friend turned into a monster, locked Nick in the cellar, and wreaked havoc. Then he invited his buddies in to party. Nick had let Stro-kar into his heart and mind as a friend, and that friend had turned out to be evil.

Valerie came downstairs and sneaked into the kitchen to make breakfast. She usually made noise, knocking pots and pans and jingling utensils, but today was opening and closing drawers as quietly as she could.

Nick was recovering from Erotica, and felt he could walk without heaving. He got up from the couch and slowly trudged into the kitchen, realizing he would have to face his mom eventually. Perhaps she would try and pretend nothing happened.

As he came around the partition separating living and dining room, he saw his mother gingerly putting strips of raw bacon into a semi-clean frying pan. Unlike everything else, Valerie tried to keep cooking utensils clean to prevent food poisoning. The oven was dented and chipped, but the front right burner worked. With the cost of electricity so high, she was giving them an expensive treat using the stove to cook anything, especially bacon.

Nick stood in the kitchen, staring at his mother, waiting for her to make the first move, but she kept on robotically cooking. He was sure she could see him out of the corner of her eye, but didn't look at him, probably as ashamed as he was of what they had done, ashamed of everything they had become since the Balazons' unveiling.

"Mom...I...I..." Nick stopped stuttering and took a deep breath. Before trying again, he tried to articulate in his mind what to say.

Valerie flashed a look at him and turned back. "You boys sit at the table. I'm going to make you a good breakfast. I'm going to take care of you and..." She collapsed on the counter and started sobbing. "Oh, Nick. I'm so sorry. I hate what I...we've become. In the beginning, I thought I had control and did things on my own. But they tricked me. It's not even me anymore. I couldn't stop if I tried."

Nick went over to his mom and touched her shoulder. "I know. It's OK, mom. Everything's going to be OK."

Ronny came into the kitchen and sat at the table. "Have you ever thought forgiveness and deliverance might be possible?"

"Don't even think such things," Nick said. "You know what they'll do to you if you try to resist."

"I'm not fighting them. God is. I never told you, but last night I did something I haven't done in a long time. I prayed. I said, 'God, if You really love me, please set me free.'"

Nick looked at Ronny with a solemn gaze. "What happened?" He grimaced with pain. "Even now, they don't like me asking, but go on."

"I haven't been able to break free totally, but I'm more in control than I've ever been. I have this deep feeling I must talk to someone who knows God. I don't understand why, but I feel such a person can help me."

Nick left his mother's side and sat across from Ronny. "Aren't you in pain? Don't you feel the incessant pull within you? How can you resist?"

"I don't know. It's not easy. I'm being bombarded right now, but I think He's helping me. I think that prayer did something."

Nick let those words sink deep. Even his mother was intrigued and sat down to listen. He felt the first pains of warning, remembered he now had four, and began to fear. Desires began to bubble up to the surface of his being, sexual thoughts, hatred, and an overwhelming urge to kill. He was being warned that if he continued listening, he would be forced to do such despicable acts as had been unrivaled to date. "I'm sorry, man. Maybe I'm not as strong as you, but I can't resist. I know if I try my mind will be pushed to the brink."

"You don't have to be strong," Ronny said. "God will be your strength for you. I think if you pray a simple prayer like I did, He can help us."

Nick closed his eyes as if to try, and immediately let out a scream of terror. "I can't. I won't."

"I agree," Valerie said. "Let God make an example of you. If you can be truly set free, then maybe we'll believe you. If you're still in one piece when it's over, we'll give it a try."

Ronny looked at Nick with an expression Nick hadn't seen before, pity almost. What a fool. He was in the same position as the rest of them. Ronny had admitted that himself.

"You're right," Ronny said. "Even now I feel the pull. They're telling me to go somewhere. I'm not sure, but I think it's out of town. Do you feel it?"

Nick nodded slowly. "Since I got up. A strong feeling that late tonight I should walk down McDonnell trail. It grows, beckons me. I must obey."

"Yeah," Valerie said, "me too. At the end of the trail, we should turn left. Why do they want us to go there?"

"I don't know," Ronny said. "But we agree we have to do it. Right? You said it yourself, Nick. It's no use resisting. They'll make us pay if we try."

Nick remembered old man Stypinski's farm was in that general direction. Mr. Stypinski was an elderly man who loved cats, must have at least two dozen wandering the yard, and another twelve favorites that never left the house. Wouldn't it be cruel if the demons wanted them to go there just to kill some cats? Cruel, but not out of character. Still, a perverse thrill rippled through his body at the thought. They would go tonight. They had no choice.